Effexor XR, Venlafaxine, is an antidepressant used to treat depression and anxiety disorders. It is often effective for depression not responding to SSRIs. Uses, dosage, side-effects of Effexor XR.

Suicidality in Children and Adolescents

Antidepressants increased the risk of suicidal thinking and behavior (suicidality) in short-term studies in children and adolescents with Major Depressive Disorder (MDD) and other psychiatric disorders. Anyone considering the use of Effexor XR or any other antidepressant in a child or adolescent must balance this risk with the clinical need. Patients who are started on therapy should be observed closely for clinical worsening, suicidality, or unusual changes in behavior. Families and caregivers should be advised of the need for close observation and communication with the prescriber. Effexor XR is not approved for use in pediatric patients. (See WARNINGS and PRECAUTIONS, Pediatric Use.)

Pooled analyses of short-term (4 to 16 weeks) placebo-controlled trials of 9 antidepressant drugs (SSRIs and others) in children and adolescents with major depressive disorder (MDD), obsessive compulsive disorder (OCD), or other psychiatric disorders (a total of 24 trials involving over 4400 patients) have revealed a greater risk of adverse events representing suicidal thinking or behavior (suicidality) during the first few months of treatment in those receiving antidepressants. The average risk of such events in patients receiving antidepressants was 4%, twice the placebo risk of 2%. No suicides occurred in these trials.

Effexor XR is an extended-release capsule for oral administration that contains venlafaxine hydrochloride, a structurally novel antidepressant. It is designated (R/S)-1-[2-(dimethylamino)-1- (4-methoxyphenyl)ethyl] cyclohexanol hydrochloride or (( ±)-1-[Î±- [(dimethylamino)methyl]- p-methoxybenzyl] cyclohexanol hydrochloride and has the empirical formula of C17H27NO2 HCl. Its molecular weight is 313.87. The structural formula is shown below.

Venlafaxine hydrochloride is a white to off-white crystalline solid with a solubility of 572 mg/mL in water (adjusted to ionic strength of 0.2 M with sodium chloride). Its octanol:water (0.2 M sodium chloride) partition coefficient is 0.43.

Effexor XR is formulated as an extended-release capsule for once-a-day oral administration. Drug release is controlled by diffusion through the coating membrane on the spheroids and is not pH dependent. Capsules contain venlafaxine hydrochloride equivalent to 37.5 mg, 75 mg, or 150 mg venlafaxine. Inactive ingredients consist of cellulose, ethylcellulose, gelatin, hypromellose, iron oxide, and titanium dioxide.

Pharmacodynamics
The mechanism of the antidepressant action of venlafaxine in humans is believed to be associated with its potentiation of neurotransmitter activity in the CNS. Preclinical studies have shown that venlafaxine and its active metabolite, O-desmethylvenlafaxine (ODV), are potent inhibitors of neuronal serotonin and norepinephrine reuptake and weak inhibitors of dopamine reuptake. Venlafaxine and ODV have no significant affinity for muscarinic cholinergic, H1-histaminergic, or Î±1-adrenergic receptors in vitro. Pharmacologic activity at these receptors is hypothesized to be associated with the various anticholinergic, sedative, and cardiovascular effects seen with other psychotropic drugs. Venlafaxine and ODV do not possess monoamine oxidase (MAO) inhibitory activity.

Metabolism and Excretion
Following absorption, venlafaxine undergoes extensive presystemic metabolism in the liver, primarily to ODV, but also to N-desmethylvenlafaxine, N,O-didesmethylvenlafaxine, and other minor metabolites. In vitro studies indicate that the formation of ODV is catalyzed by CYP2D6; this has been confirmed in a clinical study showing that patients with low CYP2D6 levels ("poor metabolizers" ) had increased levels of venlafaxine and reduced levels of ODV compared to people with normal CYP2D6 ("extensive metabolizers" ). The differences between the CYP2D6 poor and extensive metabolizers, however, are not expected to be clinically important because the sum of venlafaxine and ODV is similar in the two groups and venlafaxine and ODV are pharmacologically approximately equiactive and equipotent.

Special Populations
Age and Gender: A population pharmacokinetic analysis of 404 venlafaxine-treated patients from two studies involving both b.i.d. and t.i.d. regimens showed that dose-normalized trough plasma levels of either venlafaxine or ODV were unaltered by age or gender differences. Dosage adjustment based on the age or gender of a patient is generally not necessary (see DOSAGE AND ADMINISTRATION).

A 4-week study of inpatients meeting DSM-III-R criteria for major depressive disorder with melancholia utilizing Effexor (the immediate release form of venlafaxine) in a range of 150 to 375 mg/day (t.i.d. schedule) demonstrated superiority of Effexor over placebo. The mean dose in completers was 350 mg/day.

Examination of gender subsets of the population studied did not reveal any differential responsiveness on the basis of gender.

In a second longer-term trial, adult outpatients meeting DSM-III-R criteria for major depressive disorder, recurrent type, who had responded (HAM-D-21 total score â‰¤12 at the day 56 evaluation) and continued to be improved [defined as the following criteria being met for days 56 through 180: (1) no HAM-D-21 total score â‰¥20; (2) no more than 2 HAM-D-21 total scores >10, and (3) no single CGI Severity of Illness item score â‰¥4 (moderately ill)] during an initial 26 weeks of treatment on Effexor (100 to 200 mg/day, on a b.i.d. schedule) were randomized to continuation of their same Effexor dose or to placebo. The follow-up period to observe patients for relapse, defined as a CGI Severity of Illness item score â‰¥4, was for up to 52 weeks. Patients receiving continued Effexor treatment experienced significantly lower relapse rates over the subsequent 52 weeks compared with those receiving placebo.

Two 6-month studies, one evaluating Effexor XR doses of 37.5, 75, and 150 mg/day and the other evaluating Effexor XR doses of 75 to 225 mg/day, showed that daily doses of 75 mg or higher were more effective than placebo on the HAM-A total, both the HAM-A anxiety and tension items, and the CGI scale during 6 months of treatment. While there was also evidence for superiority over placebo for the 37.5 mg/day dose, this dose was not as consistently effective as the higher doses.

Examination of gender subsets of the population studied did not reveal any differential responsiveness on the basis of gender.

Examination of subsets of the population studied did not reveal any differential responsiveness on the basis of gender. There was insufficient information to determine the effect of age or race on outcome in these studies.

A major depressive episode (DSM-IV) implies a prominent and relatively persistent (nearly every day for at least 2 weeks) depressed mood or the loss of interest or pleasure in nearly all activities, representing a change from previous functioning, and includes the presence of at least five of the following nine symptoms during the same two-week period: depressed mood, markedly diminished interest or pleasure in usual activities, significant change in weight and/or appetite, insomnia or hypersomnia, psychomotor agitation or retardation, increased fatigue, feelings of guilt or worthlessness, slowed thinking or impaired concentration, a suicide attempt or suicidal ideation.

The efficacy of Effexor (the immediate release form of venlafaxine) in the treatment of major depressive disorder in adult inpatients meeting diagnostic criteria for major depressive disorder with melancholia was established in a 4-week controlled trial (see Clinical Trials). The safety and efficacy of Effexor XR in hospitalized depressed patients have not been adequately studied.

The efficacy of Effexor XR in maintaining a response in major depressive disorder for up to 26 weeks following 8 weeks of acute treatment was demonstrated in a placebo-controlled trial. The efficacy of Effexor in maintaining a response in patients with recurrent major depressive disorder who had responded and continued to be improved during an initial 26 weeks of treatment and were then followed for a period of up to 52 weeks was demonstrated in a second placebo-controlled trial (see Clinical Trials). Nevertheless, the physician who elects to use Effexor/Effexor XR for extended periods should periodically re-evaluate the long-term usefulness of the drug for the individual patient (see DOSAGE AND ADMINISTRATION). 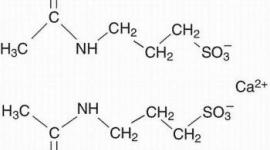 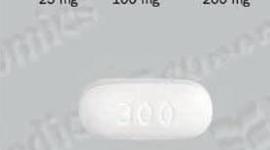 What Is the Goal of Feminist Therapy?

Your Mental Health and Physical Health are Seamless

How Do You Know If You Have A Mental Illness?