Suicidality in Children and Adolescents

Antidepressants increased the risk of suicidal thinking and behavior (suicidality) in short-term studies in children and adolescents with Major Depressive Disorder (MDD) and other psychiatric disorders. Anyone considering the use of Celexa or any other antidepressant in a child or adolescent must balance this risk with the clinical need. Patients who are started on therapy should be observed closely for clinical worsening, suicidality, or unusual changes in behavior. Families and caregivers should be advised of the need for close observation and communication with the prescriber. Celexa is not approved for use in pediatric patients. (See Warnings and Precautions: Pediatric Use)

Pooled analyses of short-term (4 to 16 weeks) placebo-controlled trials of 9 antidepressant drugs (SSRIs and others) in children and adolescents with major depressive disorder (MDD), obsessive compulsive disorder (OCD), or other psychiatric disorders (a total of 24 trials involving over 4400 patients) have revealed a greater risk of adverse events representing suicidal thinking or behavior (suicidality) during the first few months of treatment in those receiving antidepressants. The average risk of such events in patients receiving antidepressants was 4%, twice the placebo risk of 2%. No suicides occurred in these trials.

Adults with Major Depressive Disorder may experience worsening of their depression and/or the emergence of suicidal ideation and behavior (suicidality), whether or not they are taking antidepressant medications, and this risk may persist until significant remission occurs. Patients being treated with antidepressants should be observed closely for clinical worsening and suicidality, especially at the beginning of a course of drug therapy, or at the time of dose changes, either increases or decreases. Celexa is contraindicated in patients taking monoamine oxidase inhibitors (MAOIs), pimozide (see DRUG INTERACTIONS), or in patients with a hypersensitivity to citalopram hydrobromide. As with other SSRIs, caution is indicated in the coadministration of tricyclic antidepressants (TCAs) with Celexa. As with other psychotropic drugs that interfere with serotonin reuptake, patients should be cautioned regarding the risk of bleeding associated with the concomitant use of Celexa with NSAIDs, aspirin, or other drugs that affect coagulation. The most frequent adverse events reported with Celexa vs placebo in clinical trials were nausea (21% vs 14%), dry mouth (20% vs 14%), somnolence (18% vs 10%), insomnia (15% vs 14%), increased sweating (11% vs 9%), tremor (8% vs 6%), diarrhea (8% vs 5%), and ejaculation disorder (6% vs 1%).

About Using Antidepressants in Children and Teenagers What is the most important information I should know if my child is being prescribed an antidepressant?

Parents or guardians need to think about 4 important things when their child is prescribed an antidepressant:

1. There is a risk of suicidal thoughts or actions

2. How to try to prevent suicidal thoughts or actions in your child

3. You should watch for certain signs if your child is taking an antidepressant

4. There are benefits and risks when using antidepressants

1. There is a Risk of Suicidal Thoughts or Actions
Children and teenagers sometimes think about suicide, and many report trying to kill themselves.

For some children and teenagers, the risks of suicidal actions may be especially high. These include patients with

If any of these are present, make sure you tell your healthcare provider before your child takes an antidepressant.

Whenever an antidepressant is started or its dose is changed, pay close attention to your child.

After starting an antidepressant, your child should generally see his or her healthcare provider:

Once a week for the first 4 weeks - Every 2 weeks for the next 4 weeks - After taking the antidepressant for 12 weeks - After 12 weeks, follow your healthcare provider's advice about how often to come back - More often if problems or questions arise (see Section 3)

3. You Should Watch for Certain Signs If Your Child is Taking an Antidepressant
Contact your child's healthcare provider right away if your child exhibits any of the following signs for the first time, or if they seem worse, or worry you, your child, or your child's teacher:

Never let your child stop taking an antidepressant without first talking to his or her healthcare provider.

Stopping an antidepressant suddenly can cause other symptoms.

Other side effects can occur with antidepressants (see section below).

Of all the antidepressants, only fluoxetine (Prozac®) has been FDA approved to treat pediatric depression.

For obsessive compulsive disorder in children and teenagers, FDA has approved only fluoxetine (Prozac® ), sertraline (Zoloft® ), fluvoxamine, and clomipramine (Anafranil® ) .

Your healthcare provider may suggest other antidepressants based on the past experience of your child or other family members.

Is this all I need to know if my child is being prescribed an antidepressant?

No. This is a warning about the risk for suicidality. Other side effects can occur with antidepressants. Be sure to ask your healthcare provider to explain all the side effects of the particular drug he or she is prescribing. Also ask about drugs to avoid when taking an antidepressant. Ask your healthcare provider or pharmacist where to find more information.

This Medication Guide has been approved by the U.S. Food and Drug Administration for all antidepressants. 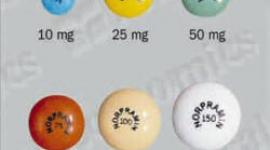 Use of Illegal Drugs During Pregnancy

Different Mental Disorders and Their Challenges

Practicing Self-Care Is Hard But Vital For Mental Health

What Do You Say To Someone Who's Survived A Suicide Attempt?