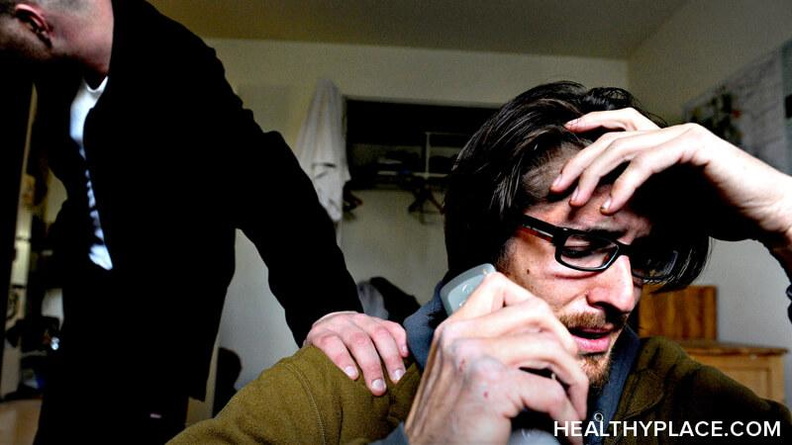 Recognizing the signs of unresolved trauma can be tricky. Sometimes people who are having difficulties enter therapy without even knowing that they have suffered the trauma that is causing disruptions in their daily lives. The very nature of trauma lends itself to that. Often, when a person goes through a traumatic event, there is some degree of dissociation that happens and the person essentially "blocks out" all, or part, of the event, so his or her awareness of the trauma isn't accurate, making diagnosis difficult. However, there are some common signs of unresolved trauma that you can look for.

The Effects of Unresolved Trauma

Just because someone who suffered trauma blocks out (consciously or unconsciously) what has happened, it doesn't mean that he or she won't feel the effects from it.

Peter A. Levine, Ph.D., who has treated and researched trauma for over 45 years, says,

The effects of unresolved trauma can be devastating. It can affect our habits and outlook on life, leading to addictions and poor decision-making. It can take a toll on our family life and interpersonal relationships. It can trigger real physical pain, symptoms, and disease. And it can lead to a range of self destructive behaviors.

Signs and Symptoms of Unresolved Trauma

Even when memories of the trauma are hidden from a person's awareness, there are signs that will become noticeable in his or her daily life. Below are some of the most common signs that someone is suffering from unresolved trauma:

If you identify with any, or all, of the signs above, then you may want to ask yourself if it's time to talk with a therapist about your trauma. Is it easier to function as you are, or to work through the pain you have suffered? It's a question that only you can answer, but rest assured, you are not alone.

There are many people who have been traumatized, may even have developed posttraumatic stress disorder (PTSD), who have worked through the events of their past, and recovered. There is help and support out there.

Jami DeLoe is a freelance writer and addiction blogger. She is an advocate for mental health awareness and addiction recovery and is a recovering alcoholic herself. Find Jami DeLoe on her blog, Sober Grace, Twitter, and Facebook.

How Can We Reduce the Stigma of PTSD?
Three Easy Steps for You to Share PTSD Awareness
Jim
June, 3 2020 at 3:05 pm

Thank you everyone for letting us resd your thoughts and life experiences. We are all survivors, all of you human souls. Please reach out and try to find someone who will at least listen to you.
Im glad I read your stories, Im in same black hole too but Im going to try to climb out :)

You need to get a real clue about PTSD and the true diagnosis of those who have it and their coping with the fact that the medical field is book trained we are experienced trained. You miss the core and re-victimize those diagnosed by the genius cronies.

I have all but 2 of the signs and symptoms. I'm a47 year old female. NEVER been to any kind of therapy. I thought my "unhappiness" my whole life was me being selfish and ungrateful. I never realized that that there might be a problem...….. im so tired of feeling this way....waiting for "the other shoe to drop" that's what it has always felt like to me that constant gut feeling that something is wrong or going to go wrong or your husband is cheating, or doesn't love you because how could he or anybody possibly love you? always needing to be in control to try to prevent that bad thing from happening. not taking a single day off in two years because you know if you do you'll get replaced. and you work your ass off there everyday knowing you do your job well but still always worried because your positive they want to fire you. or your 16 year old son doesn't call you right back that very second so your calling his dad his stepmom his friends because you just know the worst of the worst has happened! of course 3 min later he calls you and he is fine. thank god. but you just had a nervous break down and was trying to get the president of the u.s. and the national guard to help you find him. ( the last 2 I'm joking about) and hardly anyone knows any of this. my husband knows a little. my mom a little. but I guess even I don't know all of it.....sorry for such a long novel.

Really grabbed by your titles but was disappointed that you simply listed DSM criteria.

I sent my son for counseling and his insurance paid for the first 10 sessions.
The problem was the Counselors were not
Ready to take on clients. They thought they were. He saw thee different ones. The plan was set up this way. One girl taiko notes asked twenty questions and the
Next visit forgot notes and wanted to do it all again. There was an obvious view point problem. One
Girl was so liberal she needed to be out picketing and not judo g each client according to their political belief. Worked out best for my son to figure it out himself.
And he actually did with change of diet and and finally removing himself from toxic relationship. We need experienced Counselors. There are way too many graduates with a degree and squat for experience. .

I had a horrible memory come to surface just out of the blue. It’s so weird because I even remember when I had to block it out and how I did it! The horrible event happened when I was 16 and To think Iv gone around all these years with something like that blocked out! I even have four years of high school blocked out! I’m so angry about the things I went through and what cruel evil people did to me. I live in isolation and it’s awful but I don’t trust anyone and I get very depressed! I can’t handle another hurt! Tired of being in pain! Therapy has never helped me and it’s so expensive. And reliving everything serves no purpose. Just keep you awake a night! I just try and find some beauty in the World even if it’s looking at nature or cooking or buying something pretty.. reading a good book. I try and find things to lift me up. That’s all you can do is survive. Sometimes I can’t do anything at all but I get through those days too! The ones that just about kill me the ones where you don’t know how many more tears you can cry. Can’t give up and I won’t!

I was forced to give up my child for adoption at birth when I was 16. I have alot of guilt and shame. She was born on my 16th birthday. I have talked Therapists about this and I have never resolved this. They always dig into my childhood and the abusive relationship my parents had. What should I do? My daughter recently turned 42 and I recently turned 58. Im so lost.

Hi Katrina,
I'm so sorry you're struggling with this. I can only imagine how difficult it must have been to have to give up your child, especially when it wasn't your choice. Have you seen a trauma-informed therapist specifically? They can help you work through the trauma of what happened and how it is still affecting you today.

It feels very bleak for the person who tries to change what happened to them as a child. I’ve been scapegoated by my parents and family since I was a young child. I’m in my early 40’s and cannot have meaningful relationships with friends or a significant other because I feel like I’m always being attacked. My reality doesn’t make sense ever. I make irrational decisions based on fear and to everyone else they don’t understand. Its a vicious cycle, where there is no escape.

From the time you posted this to now, how has your life changed? Have you spoken to anyone about this? Have you seen positive or negative changes in your life since then? I relate a lot to how you and would like to chat if possible

I have 12 out of the 15 symptoms listed I have gone to therapy many times only to be judged and placed on medication that would not work or make me worse I also have PTSD now everything I a mess and I have nowhere to turn for help...

Thank you for sharing this as it helps me to know I am not the only one that went through such traumatic moments in my childhood. My older brother was my abuser. I’ve had it blocked from my mind for over 40 years! Three things popped up in separate conversations with different people that brought back all the horrible memories! All these side effects you explained are a part of who I became as an adult! My depression, anxiety, self worthlessness, constant nightmares and restless sleep are all stemmed from what he did to me for at least 2 years of my life! I have no idea how to get over the horrible memories!

My situation mirrors yours. I started talking to a therapist and we started EDM therapy which helps me to deal with it.

I suffer from most of these things, such as anxiety, shame, depression, avoidance, eating disorder, hyper vigilance, suicidal ideation, anger, self harm, etc but never looked at it from the POV as stemming from unresolved trauma but now I am beginning to see the connection...
Thank you for pointing this out