Which ADHD Medication is Right for Your Child?

With the many different types of ADHD medication available, here's some help to make an informed decision on which medication may help your child with ADHD. 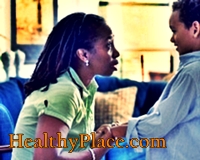 Deciding which medicine to use to treat your child with ADHD used to be easy. The big choice was whether to use generic or brand name Ritalin. With more choices though, come more decisions.

Now there's a much larger choice among stimulants that can be used to treat ADHD. Many of the newer stimulant medications have the advantage that they only need to be given once a day and can last for up to 12 hours. Although there has been a sustained release version of Ritalin, called Ritalin SR, available in the past, most people found that it worked inconsistently.

In addition to not having to take a lunch time dose, the sustained release forms of these medications have the benefit that the medication is often still working after school, as your child is trying to do his homework.

Fortunately, according to the American Academy of Pediatrics (AAP), "at least 80% of children will respond to one of the stimulants," so if 1 or 2 medications don't work or have unwanted side effects, then a third might be tried. But how do you decide which medicine is best to try first? In general, there is no one 'best' medicine and the AAP states that "each stimulant improved core symptoms equally."

Stimulants include different formulations of methylphenidate and Amphetamine available in short, intermediate and long acting forms.

The decision on which medicine to start is a little easier to make if your child can't swallow pills. While there are no liquid preparations of any of the stimulants, the short acting ones, such as Ritalin and Adderall can usually be crushed or chewed if necessary. The sustained release pills must be swallowed whole (except for Adderall XR).

In general, whichever medication is started, you begin at a low dose and work your way up. Unlike most other medications, stimulants are not 'weight dependent,' so a 6 year old and 12 year old might be one the same dosage, or the younger child might need a higher dosage. Because there are no standard dosages based on a child's weight, stimulants are usually started at a low dosage and gradually increased to find a child's best dose, which "is the one that leads to optimal effects with minimal side effects," says the AAP.

The long acting stimulants generally have a duration of 8-12 hours and can be used just once a day. They are especially useful for children who are unable or unwilling to take a dose at school.

Adderall XR is an ADHD stimulant medication approved for use in children over the age of six years, although regular Adderall can be used in younger children from 3-5 years of age. Adderall XR is a sustained release form of Adderall, a popular stimulant which contains dextroamphetamine and amphetamine. It is available as a 10mg, 15mg, 20mg, 25 mg and 30mg capsule, and unlike many of the other sustained release products, the capsule can be opened and sprinkled onto applesauce if your child can't swallow a pill.

Concerta is a sustained release form of methyphenidate (Ritalin). It is available as a 18mg, 36mg and 54mg tablet and is designed to work for 12 hours. Like Adderall XR, it is only approved for children over the age of six years.

This is also a long acting form of methylphenidate (Ritalin).

This is is a long-acting form of methylphenidate (Ritalin). It is available in 10, 20, 30, and 40mg capsules. Unlike the other long acting forms of methylphenidate, like Adderall XR, the Ritalin LA capsules can be opened and sprinkled on something if your child can't swallow them whole.

With all of these new medicines available to treat ADHD, is there still a roll for the older short and intermediate acting stimulants? Should you change your child to a newer medicine?

It is compelling to think about changing to a new long acting medication because of the conveninence of once a day dosing and their long lasting effects, but it is important to remember that they shouldn't be any more effective than a short acting medicine.

Short acting Ritalin, Adderall and Dexedrine do have the benefit of being available in a generic form, which are usually less expensive then all of the other stimulants.

The new Methylin Chewable Tablet and Oral Solution is a nice alternative for children with ADHD that can't swallow pills.

Money Saving Tip: The prices of stimulants seem to be based more on the number of pills in the prescription, rather then on the total number of milligrams. So, instead of taking one 10mg pill twice a day (60 pills), it is usually less expensive to get a prescription for, and take, one-half of a 20mg pill twice a day (30 pills). Based on the average wholesale price for Adderall and Ritalin, doing this could save you about 15-30% a month, respectively. The savings based on the retail pharmacy price usually seem to be even greater, often up to 50% a prescription.

Side Effects of ADHD Medications

In general, side effects of stimulants can include a decreased appetite, headaches, stomachaches, trouble getting to sleep, jitteriness, and social withdrawal, and can usually be managed by adjusting the dosage or when the medication is given. Other side effects may occur in children on too high a dosage or those that are overly sensitive to stimulants and might cause them to be 'overfocused on the medication or appear dull or overly restricted.' Some parents are resistant to using a stimulant because they don't want their child to be a 'zombie,' but it is important to remember that these are unwanted side effects and can usually be treated by lowering the dosage of medication or changing to a different medication.

Because of the physical and mental health risks, the FDA recommends that all children and adults considering ADD/ADHD drug treatment consult with a doctor first. A doctor can take a full and detailed medical history and develop a treatment regimen that takes any health problems into account.

If 2 or 3 stimulants don't work for your child, second line treatments might be tried, including tricyclic antidepressants (Imipramine or Desipramine) or Bupropion (Wellbutrin). Clonidine is also sometimes used, especially for children that have ADHD and a coexisting condition.

In addition to medications, the AAP policy statement on the Treatment of the School-Aged Child With ADHD recommends the use of behavior therapy, which might include parent training and '8-12 weekly group sessions with a trained therapist' to change the behavior at home and in the classroom for children with ADHD. Other psychological interventions, including play therapy, cognitive therapy or cognitive-behavior therapy, have not been proven to work as well as a treatment for ADHD.

Strattera (atomoxetine) is the only nonstimulant for treatment of symptoms of attention deficit hyperactivity disorder.

APA Reference
Gluck, S. (2008, December 9). Which ADHD Medication is Right for Your Child?, HealthyPlace. Retrieved on 2021, January 27 from https://www.healthyplace.com/adhd/articles/which-adhd-medication-is-right-for-your-child 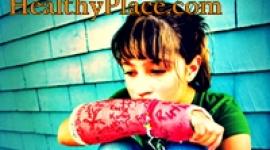 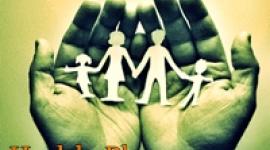 Getting Social Security for ADHD Children

What to Do When Your Teen Chooses Bad Friends

The Link Between ADHD and Eating Disorders

ADHD Accommodations for a Driving Test

ADHD-LD Adults and Success in the Workplace