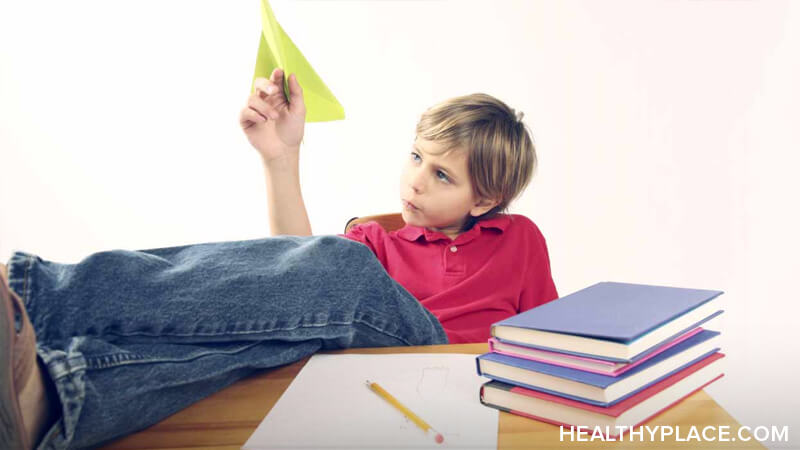 Signs and symptoms of ADHD, frequently referred to as ADD, typically present prior to seven years of age and sometimes in children as young as two or three years old. ADHD, short for attention deficit hyperactivity disorder, affects millions of children from all socio-economic backgrounds and the ADHD symptoms frequently continue into adulthood.

The signs of ADHD differ depending on the type of ADHD the person has. The DSM-V lists four sub-types of the disorder: predominantly hyperactive/impulsive, predominantly inattentive, combined, and inattentive presentation type.

Those with the inattentive type ADHD have difficulty concentrating on tasks requiring focused mental energy. They appear to daydream and not listen, even when someone speaks directly to them. The ADHD symptoms associated with this type of the disorder are relatively subtle, causing health care professionals to under-diagnose people in this group.

Hyperactive/impulsive behavior and the classroom disruptions that go with it tend to result in earlier interventions for children in this group. Children in this group tend to blurt out answers without waiting their turn, interrupt conversations and activities of others, and act upon impulse without proper forethought. These children know and can recite proper social behavior, but do not follow what they know in practice.

People with the combined type of ADHD consistently exhibit signs and symptoms common in the other sub-types. They may have trouble sitting still and fidget constantly for a block of time and then they seem to settle down and remain still and attentive. Teachers and parents mistakenly think that these children are listening and processing information during these periods of apparent calmness. In reality, they are zoning out and daydreaming, frequently without even realizing it.

People with the inattentive presentation type of ADHD must meet the criteria for inattentive type ADHD, but have no more than two of the 12 symptoms in the list for the hyperactive-impulsivity type of the disorder. Also, the symptoms must have been present for at least six months.

Research shows that 30% to 70 % of children showing signs of ADHD still struggle with the symptoms of ADHD as adults. In other words, a significant number of people do not outgrow this chronic disorder. Typically, adults with ADHD do not show outward signs of hyperactivity. By adulthood, many have developed coping skills that help attenuate the hyperactivity associated with ADHD or they choose professions that do not require long periods of focused thought processes and concentration. Adults with ADHD become distracted at work, do not pre-plan activities, do not organize personal spaces well, and others may describe them as moody. They may seek impulsive thrills and make rash, impulsive decisions, which hinder their professional and personal development.

Everyone Has Some ADHD Symptoms

Everyone experiences periods of inattention, impulsiveness, and hyperactivity. Major life changes can temporarily bring on the common signs and symptoms of ADHD. Young children, teens, and adults alike are affected by major events, such as divorce, moving away from family and friends, and other common stressors. Parents, teachers, and even physicians can mistake symptoms from other disorders for those of ADHD. Anxiety, obsessive-compulsive disorder, depression, and others can elicit behaviors in children and adults that look like ADHD. It is important that a qualified health care practitioner evaluate the person to determine the cause of the symptoms. 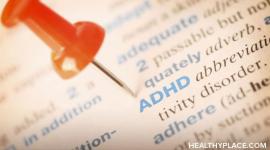 What Is ADD and ADHD? Definition & Details 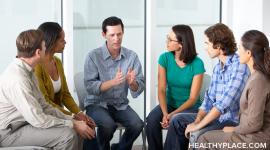 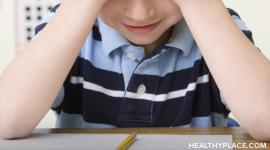 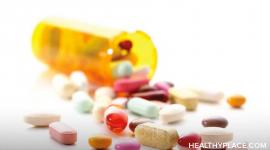 The Law, Your ADHD Child and School

Two Powerful Documents to Take to the IEP

New Results from the MTA Study - Do treatment effects persist?