UK laws regarding truancy and how the police can respond to truancy.

This power enables a police officer to take truants back to school or other place designated by the local education authority. It is not a power of arrest or detention nor does it make truancy a criminal offence.

This extract from the Government Guidance document indicates that the police and other authorities should be aware that home educated children or children on fixed term or permanent exclussions are not truants.

Children being educated otherwise than at school

4.20 In planning for, and operating, a truancy initiative using the new power it is important to remember that not all children aged 5-16 are registered at school. Children educated outside the school system altogether (see paragraph 4.1), for example, by home tuition, might be out and about during the daytime for wholly legitimate reasons, for example visiting a library.

4.21 Local procedures should take account of possible contact with such home-educated children and it should be emphasised that they are not the target group for the new power. The power can only be exercised in relation to registered pupils of compulsory school age absent from school without authority; it does not apply to children who are lawfully educated at home. No further action should be taken where children indicate that they are home-educated - unless the constable has reason to doubt that this is the case.

4.22 Pupils excluded from school for breaches of discipline fall into two basic categories:

fixed period exclusions: a short term suspension, usually for a few days. Pupils on fixed period exclusions remain on roll and are absent from school with authority. If encountered during a truancy operation, the power does not apply to them and no further action should be taken, unless the police officer concerned has reasonable cause to suspect that they are not telling the truth.

permanent exclusions: once confirmed, permanent exclusion leads to a pupil being struck off the school roll. If a pupil claims to have been permanently excluded the constable should establish whether the pupil has yet found a place at another school (including a Pupil Referral Unit) or taken up provision made by the LEA (eg home tuition). Where alternative educational provision has been made for them at a school/PRU and they are absent from it without authority the power applies. If a pupil indicates that a permanent exclusion appeal is in progress, the power does not apply to them and no further action should be taken, unless the officer has reasonable cause to believe that the child is not telling the truth.

Other steps are being taken by the Government in conjunction with LEAs and schools, to reduce the numbers involved and the length of exclusions.

next: Natural Alternatives: Vitamin B Complex and Magnesium for ADHD
~ back to adders.org homepage
~ adhd library articles
~ all add/adhd articles 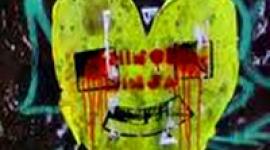 Dysgraphia: A Common Twin of ADHD

Benefits and Risks of ADHD Medications

Improving Reading For Children and Teens

Diagnosing a Child with ADHD