How I Avoid Mania in Schizoaffective Disorder 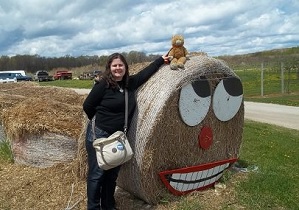 Almost 20 years ago, while a student at the Rhode Island School of Design, I had a severe manic episode that spiraled into a psychotic episode, complete with delusions and auditory hallucinations. A prescription antidepressant triggered the manic episode before that potential side effect was recognized. Please remember the antidepressant wouldn’t have brought on the mania if I didn’t already have undiagnosed bipolar disorder.

This manic episode kicked off with clipping off my long locks into a pixie cut. Well, to be honest, I got the pixie cut after the damage was done—I just stepped in front of the mirror and cut off my waist-length hair really short. I saved the hair in a paper bag in my bedroom at my parents’ house. It’s probably still there, tucked away in the dresser.

Watching for Signs of Mania in Schizoaffective Disorder

Recently, I’ve had the urge to cut my long hair into a buzz cut. I’m also trying a new antidepressant. I smell schizoaffective mania.

I know this sounds unscientific. But, for myself anyway--and keep in mind I am getting treatment--I really believe I can avoid a manic episode in my schizoaffective disorder by watching for signs of mania. For example, I reasoned with myself that this medication change is huge and I don’t need another big change in my life, like going from having hair halfway down my back to a buzz cut. I’ve also been thinking about teaching art. That’s a good goal for somewhere down the road, but right now I need to stay focused on taking care of myself during this medication change (Should Antidepressants Be Used to Treat Bipolar Disorder?).

In fact, I have to say, that’s one of the things I love most about my life right now. When I was in high school, college, and then getting my Master’s degree, I wasn’t able to focus on taking care of myself. Now I can. That’s something I take for granted, but I shouldn’t. If I became a full-time art teacher, my mental health may once again have to take a back seat.

My life isn’t so glamorous right now. But it’s great that I have the time to focus on my very real needs—and stay in control as a result. Sometimes making a big change isn’t the best way to go. And if you’re thinking of making big changes when you have bipolar disorder or schizoaffective disorder, it makes sense to sit down and ask yourself, “Is this really what I want? Or is it mania?” I’m not suggesting you ignore your dreams, just make sure your dreams are well thought out and that you have a realistic plan of action for making them come true.

Elizabeth Caudy was born in 1979 to a writer and a photographer. She has been writing since she was five years old. She has a BFA from The School of the Art Institute of Chicago and an MFA in photography from Columbia College Chicago. She lives outside Chicago with her husband, Tom. Find Elizabeth on Google+ and on her personal blog.