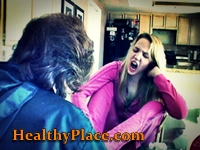 Tourette Syndrome is a neurological disorder characterized by repetitive, involuntary movements or vocalizations called tics. The age of onset is usually between 7-10 years old, although the symptoms may start appearing early in childhood. Men are affected about three to four times more often than women. According to the National Institute of Neurological Disorders and Stroke, 200,000 Americans have the most severe form of TS, and as many as one in 100 exhibits milder and less complex symptoms such as chronic motor or vocal tics or transient tics of childhood.

People with Tourette syndrome display unusual behaviors over which they have very little control. They may repeatedly blink their eyes, shrug their shoulders, jerk their head or stamp their feet. They may echo everything someone says, or repeatedly clear their throat, sniff, or make grunting sounds. They might even shout obscenities.

Perhaps the most dramatic and disabling tics include motor movements that result in self-harm such as punching oneself in the face or vocal tics including coprolalia (uttering swear words) or echolalia (repeating the words or phrases of others). Some tics are preceded by an urge or sensation in the affected muscle group, commonly called a premonitory urge. Some with TS will describe a need to complete a tic in a certain way or a certain number of times in order to relieve the urge or decrease the sensation.

Tics are often worse with excitement or anxiety and better during calm, focused activities. Certain physical experiences can trigger or worsen tics, for example tight collars may trigger neck tics, or hearing another person sniff or throat-clear may trigger similar sounds. Tics do not go away during sleep but are often significantly diminished.

Although Tourette Syndrome can be a chronic condition with symptoms lasting a lifetime, most people with the condition experience their worst symptoms in their early teens, with improvement occurring in the late teens and continuing into adulthood.

Both multiple motor and one or more vocal tics have been present at some time during the illness, although not necessarily concurrently. (A tic is a sudden, rapid, recurrent, nonrhythmic, stereotyped motor movement or vocalization.)

The disturbance causes marked distress or significant impairment in social, occupational, or other important areas of functioning.

The onset is before age 18 years.

The disturbance is not due to the direct physiological effects of a substance (e.g., stimulants) or a general medical condition (e.g., Huntington's disease or post-viral encephalitis).

Reseacher's don't know the exact cause of Tourette Disorder, but it appears linked to genes which control neurotransmitters that carry signals from one brain cell to another as well as abnormalities in certain regions of the brain.

For more information on obsessive-compulsive and other anxiety disorders, visit the HealthyPlace.com Anxiety-Panic Community.

What is Bipolar Disorder (Manic Depression) 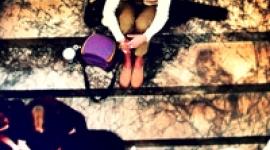 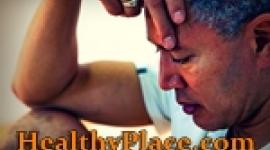 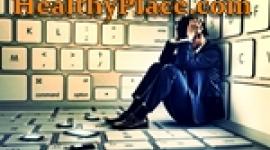 What Is The Real Meaning of “Psychotic?”

Stress of Caregiving: How Much Can A Human Being Take?

Have You Tried Music Therapy to Help Your Mental Health?

How to Talk to Children About Suicide

Wondering "Do I Have ADHD?"