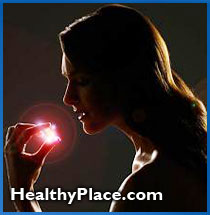 Substance or medication-induced OCD occurs as a direct result of using drugs, such as prescribed medications, illicit substances, alcohol, or exposure to certain toxins. Medications or substances may induce obsessive-compulsive disorder symptoms and behaviors while under their influence or upon withdrawal from their use.

Obsessive-compulsive disorder (OCD) refers to a mental illness that causes an individual to have persistent, intrusive thoughts, or obsessions. These obsessions often drive the individual to act out certain behaviors, or compulsions, in order to reduce the severe anxiety caused by the obsessions. Certain medications and substances can cause OCD and related disorders.

The new Diagnostic and Statistical Manual for Mental Health, Fifth Edition (DSM-V), includes a new category for Substance or Medication Induced OCD and Related Disorders in the chapter on obsessive-compulsive disorder.

Repetitive, intrusive thoughts and compulsive behaviors associated with OCD and other related disorders can result from exposure to a variety of medications and substances including:

Symptoms of Substance or Medication Induced OCD and Related Disorders

Medication or substance-induced OCD is most commonly associated with people who abuse alcohol or drugs but can occur in anyone.

Physicians must find that no other medical condition is causing the symptoms. Further, the diagnosing medical professional must distinguish the symptoms from those of delirium, dementia, psychotic disorders, or typical substance withdrawal. The physician or mental health professional will conduct a complete physical examination and order appropriate laboratory tests, such as a complete blood count, chemistry panels, and blood and urine screens for drugs and toxins.

Treatment and Prognosis for Substance-Induced OCD and Related Disorders

The underlying substance or medication causing the OCD or related disorder determines the treatment strategy. Treatment may include stopping prescription medications determined to cause the OCD and replacement with a different drug. The doctor may also prescribe antidepressants commonly used in treating OCD and its related disorders.

Obsessive-compulsive disorder symptoms caused by medications, substance abuse, or toxin exposure typically subside or disappear completely once the responsible substance is identified and eliminated. Symptoms can continue until all of the substance or toxin leaves the individual's body. Depending on how long it takes the body to metabolize the substance, symptoms can continue for days or weeks after the person discontinues using it. Occasionally, OCD symptoms and behaviors brought on by exposure to medications and substances do not disappear. In this case, OCD treatment would include a combination of typical antidepressant drug therapy and behavioral therapy. 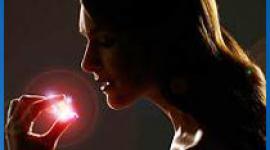 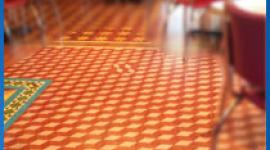 OCD and Related Disorders Due to Medical Condition

What is Skin Picking, Excoriation Disorder?