Description of behavioral and psychiatric symptoms associated with Alzheimer's and Alzheimer's treatments.

When Alzheimer's disrupts memory, language, thinking, and reasoning, these effects are referred to as "cognitive symptoms" of the disease. The term "behavioral and psychiatric symptoms" describes a large group of additional symptoms that occur to at least some degree in many individuals with Alzheimer's. In the early stages of the disease, people may experience personality changes such as irritability, anxiety or depression.

In later stages, other symptoms may occur, including sleep disturbances; agitation (physical or verbal aggression, general emotional distress, restlessness, pacing, shredding paper or tissues, yelling); delusions (firmly held belief in things that are not real); or hallucinations (seeing, hearing or feeling things that are not there).

Many individuals with Alzheimer's and their families find behavioral and psychiatric symptoms to be the most challenging and distressing effects of the disease. These symptoms are often a determining factor in a family's decision to place a loved one in residential care. They also often have an enormous impact on care and quality of life for individuals living in long-term care facilities.

A person exhibiting behavioral and psychiatric symptoms should receive a thorough medical evaluation, especially when symptoms come on suddenly. Treatment depends on a careful diagnosis, determination of the possible causes, and the types of behavior the person is experiencing. With proper treatment and intervention, significant reduction or stabilization of the symptoms can often be achieved.

Symptoms often reflect an underlying infection or medical illness. For example, the pain or discomfort caused by pneumonia or a urinary tract infection can result in agitation. An untreated ear or sinus infection can cause dizziness and pain that affect behaviors. Side effects of prescription medication are another common contributing factor to behavioral symptoms. Side effects are especially likely to occur when individuals are taking multiple medications for several health conditions, creating a potential for drug interactions.

There are two distinct types of treatments for agitation: non-drug interventions and prescription medications. Non-drug interventions should be tried first. In general, steps to managing agitation include (1) identifying the behavior, (2) understanding its cause, and (3) adapting the caregiving environment to remedy the situation.

Correctly identifying what has triggered symptoms can often help in selecting the best behavioral intervention. Often the trigger is some sort of change in the person's environment:

A key principle of intervention is redirecting the affected individual's attention, rather than arguing, disagreeing, or being confrontational with the person. Additional intervention strategies include the following:

Medications can be effective in some situations, but they must be used carefully and are most effective when combined with non-drug approaches. Medications should target specific symptoms so their effect can be monitored. In general, it is best to start with a low dose of a single drug. People with dementia are susceptible to serious side effects, including a slightly increased risk of death from antipsychotic medications. Risk and potential benefits of a drug should be carefully analyzed for any individual. Examples of medications commonly used to treat behavioral and psychiatric symptoms include the following:

Although antipsychotics are among the most frequently used medications for treating agitation, some physicians may prescribe an anticonvulsant/mood stabilizer, such as carbamazepine (Tegretol®) or divalproex (Depakote®) for hostility or aggression.

Sedative medications, which are used to treat insomnia or sleep problems, may cause incontinence, instability, falls or increased agitation. These drugs must be used with caution, and caregivers need to be aware of these possible side effects. 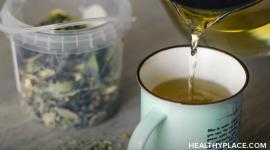 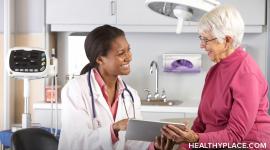 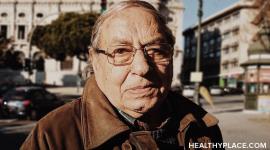 Respect and Caring for Someone with Alzheimer's