Work and Bipolar or Depression

The War on Depression: Are You a Soldier Fit for Duty? 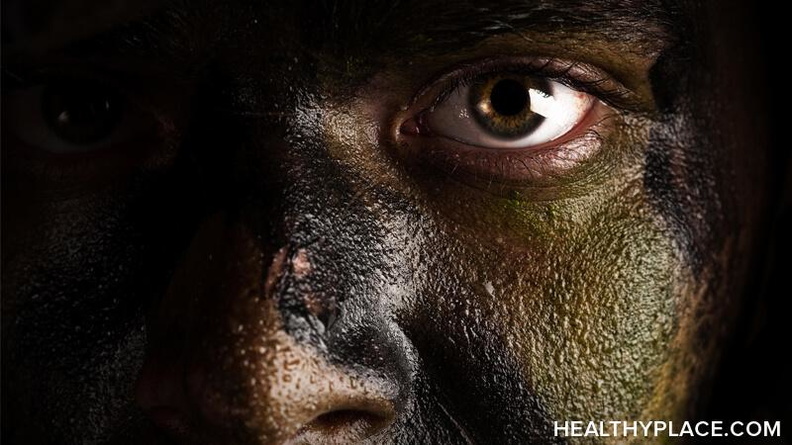 If you have depression, you have been battling a war of your own and this certainly makes you a soldier. It doesn’t matter what branch you serve in or what the political climate is at the time, there are universal concepts and standard operating procedures for how soldiers should prepare for battle and execute what they have learned in order to get their jobs done. Soldiers fighting the war on depression are not very different.

The war is major depressive disorder. The battles are the major depressive episodes. The people with depression are the soldiers. Combat is fighting during a crisis that has affected your functioning in your occupational life.

Depression and War: Call of Duty

Are You Willing and Able to Work?

Like individuals who put much thought into whether or not to sign up to serve in the military, people with depression also have to think deeply about the decision to serve in the workforce. The commitment may be necessary, or by choice, but it remains an exciting, scary and anxiety-producing endeavor.

If you have decided to pursue a career while living with depression, you certainly have the courage of a soldier. We take on the extra task of trying to pursue and maintain a career while having a debilitating illness.

As with any soldier, you must undergo basic training to ensure that you can use all of the skills that you learned to be able to do your job. Basic training for us is depression treatment. Many of us effectively use the skills we learned to help ensure that we can manage our social and occupational lives adequately. As with the military, you or someone else may determine that after basic training, you are not combat ready and that you should pursue further conditioning to prepare yourself.

It is important that soldiers are not ill-prepared for combat because in war, these battles can be life-threatening and have implications for your ability to survive. Be sure to have an arsenal fit for the nature of the war you are fighting. You can get armed with many useful weapons by seeking treatment and staying in treatment even in times of peace.

The War of Combating Depression:

You Win Some and You Lose Some

You may have performed excellently in your field exercises. You may have even fared well in some of the real battles you’ve faced. However, this doesn’t mean that you will fight well in every battle. You can never truly be prepared enough for the challenges that war presents.

Leave No One Behind in the War on Depression

Employer Support and Accountability in Depression

Soldiers that are injured can be relieved from active duty and take time to be treated so that they may return to duty. Most employers have a responsibility to their employees to accommodate the employees’ needs in the event of illness. Mental illness that is debilitating may qualify you for the Family Medical Leave Act (FMLA). This protects your job while you take time to tend to either your own, or an immediate family member’s, needs directly related to a qualifying illness.

The FMLA makes me think of the philosophy of the United States’ military, nemo resideo, which is Latin for leave no one behind. President Obama recently stated, "The United States has always had a pretty sacred rule, and that is: we don't leave our men or women in uniform behind," in response to the highly scrutinized decision to negotiate with terrorists to get Sergeant Bowe Bergdahl released after being held in captivity by the Taliban for five years. If you are backed by an employer even if it makes things difficult for them, the support gives you more incentive to be victorious in your fight if you are able to return to duty.

The War on Depression Doesn't End

If the war on depression must ensue, perhaps it can be a cold war where there are no actual battles and no violence. We would understand that we are not going to always be in a state of harmony but at least the conflicts don’t have to be relentless and violent. The United States Institute of Peace (USIP) was created by Congress in 1984 to “prevent, mitigate and resolve international conflict without resorting to violence.” Here is a statement from the USIP’s website:

In today’s complex world, new wars will continue to erupt unless new efforts are made to prevent them. Global dynamics such as political instability and economic turbulence, as well as phenomena such as climate change, may lead to new tensions and to escalating conflict over power and resources. It is important that we have the tools and strategies to prevent such conflicts crossing the line into violence and war.

This statement very eloquently summarizes the same dynamics that also affect people with depression. There will always be factors in life that could trigger a major depressive episode that threatens our ability to do our job, but prevention through education, planning and community support helps to minimize the occurrence of and/or brutality involved in the battles.

I believe that organizations such as the National Alliance on Mental Illness (NAMI) and HealthyPlace parallel the USIP. They help us to avoid the devastation caused by living with depression and teach us to employ strategies to achieve peace of mind by providing the platform to get support and education. We want to live productive lives without the threat of depression endangering our livelihood and ability to function. We do not want to have to battle depression for the rest of our lives but it is a cause worth fighting for, if we must, and we do so with great valor.

APA Reference
Barrett, C. (2014, November 11). The War on Depression: Are You a Soldier Fit for Duty?, HealthyPlace. Retrieved on 2020, September 26 from https://www.healthyplace.com/blogs/workandbipolarordepression/2014/11/the-war-on-depression-are-you-a-soldier-fit-for-duty