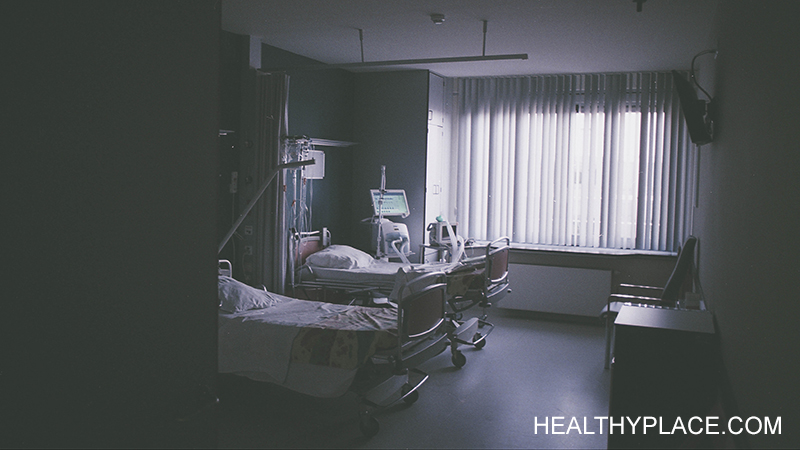 October 29, 2012, it was the perfect storm. Hurricane Sandy was coming from the south. High winds and heavy rain tormented the east coast. My 15-year-old son, Bob, was spiraling towards the psychiatric hospital with suicidal ideation. I knew about the hurricane. However, I had little appreciation of the deadly depression developing in my son's brain.

My flight Sunday night was cancelled because of the storm. Since I couldn't get home, my husband and daughter drove two hours to Cleveland to pick me up. Bob chose to stay home alone, so he could watch the Steelers on television.

Monday morning, I went to Bob's therapy appointment with him. As usual, Bob didn't want to talk. He said everything was fine. Then Bob's therapist looked at me.

I said I was concerned that Bob didn't want to go to basketball. She looked at Bob who said, "It's no fun." Then she looked back at me.

They spent the remainder of the session discussing those issues. Finally, she asked Bob if he was depressed. He said, "Yeah, I'm depressed. Last night, I almost killed myself."

While I didn't recognize it at the time, she quickly did a suicide risk assessment.

"How were going to kill yourself?" she asked.

Bob then spelled out the specifics of his plan.

She asked question after question.

He answered in gory detail.

"Did you tell anyone?'

"What did you tell him?"

"I told him I didn't want to be here anymore!"

I suddenly realized I hadn't taken a breath in some time. I felt completely blindsided. I had no idea my son was suicidal. (What Puts Teens at Risk for Suicide?)

Amy, the therapist, wrapped up the interrogation by telling Bob she could send him straight to the hospital or she could release him to me if he was willing to sign a safety contract. Bob agreed to the following:

We left Amy's office and drove to Wal-Mart to buy new DVDs to keep Bob busy for the rest of the day. He was not allowed to sit alone in his room with his thoughts. At home, Bob played video games while I sat nearby emailing his psychiatrist. Bob planned to invite his girlfriend over after school. Later, he'd go to open gym. I was on pins and needles, postulating my son's state of mind.

Then Bob came into the kitchen and said, "Mom, take me to the hospital."

Next thing I knew I was driving in the pouring rain to a psychiatric hospital with my suicidal son. Bob was texting his girlfriend during the treacherous ride. It was getting dark. The wind and rainfall grew stronger. The streets began to flood and the traffic worsened. Bob looked hopeless as he tossed his phone to the back seat. I was terrified Bob would jump out of the car into the oncoming traffic and just end it all.

Finally, we arrived. I parked the vehicle, and we made our way into the emergency room entrance.

In my next post, I will explore what happened next.

Photo by Daan Stevens on Unsplash

Parenting a Child with Mental Illness
When Your Teen is Admitted to a Psychiatric Hospital
De'Ijanae
February, 20 2019 at 3:06 pm

I know that it must've been hard for you to deal with your son Bon's suicidal thoughts and stuff. It's not easy for a parent to go through this and I know this because my mom, dad, my great-grandparents and the rest of my family had to go through this with me and I was in the psychiatric hospital for 6 1/2 days and my family thought that it was their fault. Don't blame yourself for what Bob had to go through. As long as Bob got the treatment and is better, that's all that matters. I know that Bob was hurting when you had to have supervision on him always and he couldn't use any devices. You have to stay strong and fight for Bob to get better until this long journey is over. There is a lot of parents that give up and don't stay strong for their children but you on the other hand stayed strong during this whole journey with your son Bob. . I grateful that you and your husband stayed strong during this long journey with Bob.