The past few months of my life have brought with them the suicide of a family member, the substance abuse problems and sudden onset mental illness of another, some unexpected financial difficulties, and not nearly enough time and space for me to cope with it all effectively. I’ve taken the put-your-head-down-and-keep-moving approach in part because I know I’ll leave other people in the lurch if I stop to recuperate. When a tornado hits is not the time to announce that gosh, you’d love to help out but you really need some Me Time. Instead, I’ve relied on my long-held belief that Dissociative Identity Disorder is both a blessing and a curse when life gets messy. But I’ve changed my mind. All DID does is make nasty situations nastier. 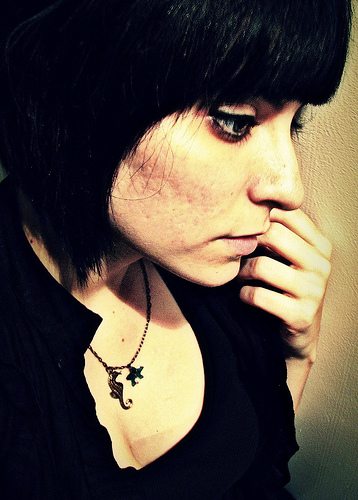 What has Dissociative Identity Disorder Done for Me Lately?

The beauty of dissociation is that it allows the psyche some distance from internal and/or external stressors that might otherwise overwhelm its capacity to cope. That beauty fades, however, when dissociative coping crosses the line into dissociative disorder. In other words, dissociation itself truly is a blessing and a curse. But Dissociative Identity Disorder, I’ve decided, helps no one, particularly when stress levels rise. All it does is:

No, Dissociative Identity Disorder has done nothing these past few months but make hard times harder.

I just don’t manage life, and all the upheaval and drama inherent in human existence, as gracefully as I’d like; and it’s Dissociative Identity Disorder that trips me up the most. A reader expressed this so well once, saying:

Mental illness ups the stakes in any risks and rewards equation. The risks for just about everything are higher - e.g. a new job is scary for anyone but more scary if you’re at risk of losing touch or losing control. A bad day at work can result in disaster.

Of course, that same reader went on to say:

At the same time the rewards are more needed too. A job is not just a way to get money - it is a place in the world for you. A good day at work can save your life.

I guess the only thing to do is make the most out of the rewards and keep stumbling my way through the risks.

I'm sorry that so much is happening around you. I find that when there is a whirlwind around me, these are the hardest times to assess how helpful or not helpful my mental condition is for me.

But I will just try to provide some balance here.

DID is about living in extremes and now having that not sit well with you.

But there is a good part of DID that relates to super high functioning people without DID. Some people are driven by a life of huge risks and great rewards. It's a bit like being a stock broker in a volatile economy, as an example. Or a quarterback taking a gamble and throwing a bomb and winning the game. Risk takers are the drivers of innovation and growth.

So, for me, sure I see the areas where my condition hurts me. Definitely. But I can't focus on that for too long because then I won't get anywhere.

And if I shift my focus towards more of this risk/gain thinking then it brings in some balance for me.
Holly Gray
September, 12 2011 at 9:24 am
Thanks, everyone. I really appreciate the encouragement.

@castorgirl "The thing that gets me about the dissociative coping, is that it appears to be helping in the short-term, but that is a temporary illusion." Illusion, great word. That's so spot on.

@Iare "Yes the worse is worse, but as I’ve healed, the worse doesn’t last nearly as long." I've had the same experience. But I'm not inclined to believe it's DID doing me any favors. It's the healing, the move towards awareness and integration, not the dissociation, that's helpful.

Overall, this year has taught me that, no matter how nice I want to be, no matter how much I don't want to let people down or hurt their feelings, etc., I must remain faithful to my own best interests. Otherwise it's not just me that suffers ... but everyone around me.
Mareeya
September, 8 2011 at 4:19 pm
That's a lot for anyone to have on their plate, let alone trying to cope with it all while having the fear of losing control, or forgetting something, or having an extreme level of compartmentalization.

All of your points here are so spot on, and so well expressed. Like the way we delude ourselves into thinking we can handle so much more than we can. I feel that is somehow related to the severe compartmentalization, because as you described, you don't feel your legs giving out. Those feelings are safely tucked away in another compartment. But it's not safe at all because your legs are giving out, and you don't even know it until it's way too late.

This was actually very informative for me, and will hopefully help readers gain some awareness of these particular problem areas while tackling difficult and stressful situations.

I'm so sorry for the tragedy that has come into your life.
These are all such traumatic situations, which I personally believe can cause even more dissociation.
I hope life gets easier for you and your loved ones soon. ~ Mareeya
castorgirl
September, 8 2011 at 2:06 pm
I'm so sorry that you're going through such a tough time Holly. I hope things ease up for you soon.

The thing that gets me about the dissociative coping, is that it appears to be helping in the short-term, but that is a temporary illusion. The internal chaos eliminates any helpful aspect of the coping. The compartmentalisation becomes more severe... so confusing, and yet normal at the same time.

It's an awful place to be.

Wishing you well,
CG
Iare
September, 7 2011 at 10:20 am
I can totally relate to what you're saying, but I do have something to add. When it does get overwhelming, when I am able to do that 'me time' and recuperate from everything that's gone on, I tend to get better faster with the help of the parts. I watch others around me who aren't DID who do not have that added inside help and they take so much longer to get past something stressful and overwhelming. Yes the worse is worse, but as I've healed, the worse doesn't last nearly as long.

I hope things don't last as long for you this round. You do have a ton going on for you. If i can help with anything, you know where I'm at... and if you don't... you should!! :) Hang in there my friend. I still have that giant squeaky hammer if you need to borrow it. :)
Leslie
September, 7 2011 at 5:07 am
It does feel much like constantly stumbling, tripping, getting up and loosing my footing yet again as I progress into mental health recovery.
As a little girl I used to have dreams that I couldn't run my legs kept giving out, I didn't know why I was running or what I was running from but the harder I tried to go faster the more I fell &amp; got hurt.

Kinda metaphoric in hindsight. As with much of life but especially when nursing a mental illness taking our time to go slowly &amp; surely accepting the good &amp; bad will help keep steady pace. Now to learn this lesson in action not just words... ;)

Thank you for sharing your story. It's so nice to relate to you. xo
Static Nonsense
September, 7 2011 at 4:59 am
god i can so relate... rapid switching, screwed short and long term memory, volatile emotional instability, blending to the point that you don't know 'who' you are, not being able to feel yourself and/or the world around you... sometimes i think that maybe my DID /is/ helping me through those tough times, and yet other times i seem to know better. it helped before - but that was when it wasn't a disorder [for me]. then it got 'out of hand'.

tea and heartfelt well wishes to you