Personal Boundaries and the Power of Suggestion

I’ve discussed my difficulties with setting personal boundaries and some of what contributes to those difficulties. But it occurs to me that there may be a link between the high suggestibility of people with Dissociative Identity Disorder and the challenges so many of us face with personal boundaries. It seems reasonable that saying no would be more difficult for people who are particularly susceptible to the power of suggestion. 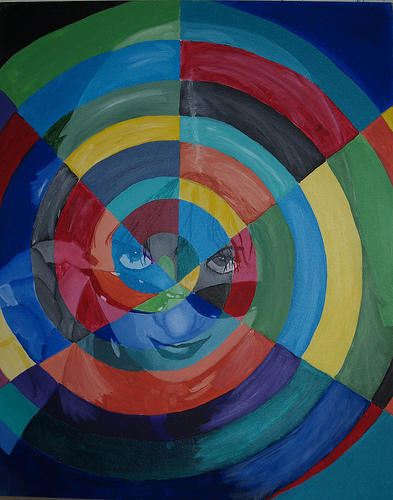 Dissociative Identity Disorder and the Power of Suggestion

Dissociation is a kind of self-hypnosis. People with Dissociative Identity Disorder are severely and chronically dissociative. As such, we use the power of suggestion on ourselves all the time. It's so instinctual that I'd wager most of us have no idea we're doing it when we're engaging in this form of self-hypnosis. I certainly don't. But in a therapy session recently I had an interesting and enlightening experience that illustrated for me how potent the power of suggestion can be, and how it might impact my ability to protect my personal boundaries.

The Power of Suggestion in Action

My doctor was explaining how people with Dissociative Identity Disorder can use their dissociative skills in their favor to process traumatic material. She said, and I'm paraphrasing, "For instance if we worked with just the knowledge piece, I'd say, 'Right now you're not going to feel any of the emotions associated with this material. We'll focus only on the facts.'" As she was speaking, I became aware of something I normally wouldn't have the capacity to recognize in action - my mind was responding to her direction, regardless of the fact that it was merely an example of a direction she might give at another time. I could feel my consciousness shift to accommodate her suggestion. It was a powerful experience that got me thinking ... what if my mind responds similarly to other requests? Is it possible that my personal boundaries are sometimes difficult to maintain in part because of severe dissociation and its inherent hypnotic quality?

How the Power of Suggestion Might Impact Personal Boundaries

It's not a direct, 'dissociation + suggestion = problems with personal boundaries' equation. I suspect the relationship between the power of suggestion and struggles with personal boundaries is far more complex than that. After all, it's not like I'm walking around without a mind of my own, doing whatever people tell me to. There is a difference between the high suggestibility of those of us with Dissociative Identity Disorder and co-dependency. In other words, I'm dissociative, not self-sacrificial. And that's precisely what's confused me in the past about my problems with personal boundaries: I'm not a people-pleaser. I'd made the connection between identity alteration and the dynamics of boundary setting, but this experience taught me that part of the reason those of us with Dissociative Identity Disorder might switch self-states in response to requests or demands, whether it's to accommodate or deny them, is because we're instinctively responding to the power of suggestion.

It's just a theory, and I'm curious to know what you think about it.

Complex PTSD Comorbid with Dissociative Identity Disorder
Mental Illnesses Aren't Punch Lines
Grace
November, 21 2018 at 9:17 pm
Thanks a lot for sharing. We can't really read all that right now. It's a bit overwhelming. Kind of vasalating between the bliss of a calm day, and my lack of desire to get sucked back into figuring our ways out. I am sick to death of dealing with the, "multiplicity issue," as if there is one proven and functional way to deal with it. This blog is annoying, people who self engrandise because they are multies are unuseful for themselves. Grace
Fierce Bunny
May, 30 2011 at 6:35 pm
Thanks for the interesting theory. I've been thinking along the same lines recently. I'm not sure if I can tell the difference between people pleasing behavior and an alter with little if any boundaries.
asfreebird
May, 26 2011 at 10:47 am
I find your topic very interesting, though, I do believe their is a fine line between the power of suggestion or high suggestibility, being a people pleaser, and having certain things, conversations, environments, trigger an alter, if that is what you desire to call it. First, amidst the disassociative states, we attempt to act normal to fulfill normal functioning and daily living, sometimes harder than other times. We have to tell ourselves how we're supposed to behave during, perhaps, a transition period when we either feel like a walking brain or a walking brainless zombie. For example, with me, sometimes, during severe disassociation, if someone says hi to me, it then triggers my mind to telling me that I'm supposed to say hi to them. I don't feel like saying hi to them. I'm hardly aware of their presence. But I know social etiquette says that I'm supposed to say hi and acknowledge them as if they're actually there. Sometimes feeling so lost in that state, it is a relief to have some comment, someone, anything, pull out something that actually feels real. Forcing responses to external stimuli versus internal to perhaps pull one of me, I don't care who, out of that horrible lost state, like purgatory.

On the other hand. Then you have the people-pleaser who simply wants to please people and do as they want her to do because she takes great pride in making others happy, so she does as she thinks she ought to do in order to make the other person happy.

Then there's the triggers. The vulnerability of the personal boundaries in which one 'alter or host' has such boundaries as in not being suggestible or not doing what others want her to do if she doesn't personally agree with it, but then there's the other whom feels that she has to - such as the victim state. Society tries to teach us to live without emotion while at the same time telling us not to be heartless. So therefore we create and act accordingly. So just the mere mention of saying something without emotionality can trigger that state of being without emotionality. It doesn't necessarily have to be the power-of-suggestion. It can be a switch.
Belle
July, 3 2018 at 1:21 am
This is very old....but I'd love to explore this with you.
Dana
April, 10 2011 at 11:58 am
Holly- I can follow what you are saying but I definitely think that dissociation is not the only factor in this. Those with DID often have trauma and in most traumatic instances we were to obey no matter what and that leaves us with an underlying sense of obedience. I have found that for me if someone is encouraging me to set boundaries and follows them easily I am able to do so but when they are pushed it is hard for me to reinforce them because I am compliant. I am "supposed" to be compliant. Also just as a character trait I have a tendency to be a people pleaser. I don't know if this is the case for others but thought I would leave my 2 cents anyway.

ACA
castorgirl
April, 9 2011 at 8:08 pm
There have been numerous studies done on the link between dissociation and suggestibility or hypnosis, but I'm not sure of the link to personal boundaries. The studies seem to suggest that it's a fairly complex association dependent on a number of factors... with having a diagnosable dissociative disorder not being a necessary. Saying that, they do the studies because there is a link between dissociation and suggestibility or hypnosis, just that having a diagnosis of a DD isn't a requirement to being suggestible.

I suppose it would also depend on how you were defining the term personal boundary. It can mean how you allow others to act around you, and not necessarily about what they do to you. I think I know what you are meaning within this context though, and it's more about being influenced by others, rather than how they act; or did I misunderstand what you were meaning?

As a person with co-dependency issues, I'd like to point out that it's a little more complex than being a brainless, self-sacrificial lamb :) It's another indication of my past and involves a pattern of behaviour learned over time.

"As a person with co-dependency issues, I’d like to point out that it’s a little more complex than being a brainless, self-sacrificial lamb."

I regret my wording there. I apologize. I was trying to indicate that the suggestibility issue is different and separate from co-dependency issues but I could have taken more care with how I did so. Besides which, I do try to please people sometimes. It never works. ;)

"There have been numerous studies done on the link between dissociation and suggestibility or hypnosis, but I’m not sure of the link to personal boundaries."

Yeah, I don't know either. It's just a theory I had after that therapy session. I thought, 'wow this might have an impact on boundary setting.' But there isn't, to my knowledge, any research that supports my theory.

"I think I know what you are meaning within this context though, and it’s more about being influenced by others, rather than how they act; or did I misunderstand what you were meaning?"

No, you're right. That's what I meant. I was thinking specifically about switching self-states. I remember reading in the Dissociative Identity Disorder Sourcebook Haddock's view that people with DID switch self-states according to the demands (or perceived demands) of their environments. And it seemed to me that that might make boundary setting difficult.

Thanks for reading, CG, and taking the time to comment with your thoughts. I appreciate it.
suzanna
April, 7 2011 at 1:20 pm
Holly-
Could you explain a little more about the article above. I am having trouble understanding it. I would like to understand.
Holly Gray
April, 9 2011 at 6:12 pm
Hi suzanna,

Perhaps I shouldn't have written about something that's just a theory. Give me a bit to think about how to clarify what I meant ....

After thinking it over I think I can offer a bit more explanation.

Deborah Haddock wrote in the Dissociative Identity Disorder Sourcebook that (and I'm paraphrasing here) people with DID are highly adept at assessing their environments and becoming whatever the environment demands of them. If it demands that they protect themselves, they switch to a protective self-state. If the better course of action is accommodation, they switch to an accommodating self-state. This all happens so fast and when I was in that therapy session I had the rare experience of being aware of my own system switching to meet the demands of my environment. To me, this reflected what research indicates about people with DID being highly suggestible. And it occurred to me that if this is how a person functions, it makes sense that they might have a hard time setting boundaries. Or, conversely, a habit of keeping far too rigid boundaries. Or a little bit of both.

In short, I felt it was plausible that high suggestibility might cause some boundary issues.

I hope that helps.