There's a disturbing trend in some Dissociative Identity Disorder support communities that has always turned me off. I call it the My Trauma Is Worse Than Your Trauma game. What starts as fellowship and camaraderie periodically deteriorates into an ugly rivalry among survivors of abuse. It's a competition that feeds off of and perpetuates the minimizing effects of child abuse. 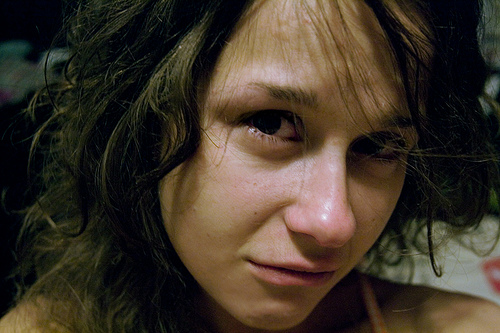 An overwhelming majority of people with Dissociative Identity Disorder have suffered chronic, severe abuse at the hands of people they should have been able to trust. Child abuse doesn't tend to come with recognition, let alone apologies. Adult survivors of abuse, therefore, often have a desperate and understandable need for acknowledgment and validation. But competing for the title of most wounded isn't the way to get it. That's just playing on the effects of child abuse by using other people's need for validation against them.

When you play the My Trauma Is Worse Than Your Trauma game you are:

When Abuse Survivors Compete, No One Wins

Rivalry has no place in Dissociative Identity Disorder support networks and communities. Even so, there's no doubt that somebody, somewhere will try to play the My Trauma Is Worse Than Your Trauma game again. And when they do it might be tempting to respond not to them but to the minimizing voices from long ago. Instead, I encourage you to:

What happened to you was terrible. What you live with now, as a result of that abuse, isn't fair. But no one has the market on suffering. Not you, and certainly not me.

What Ever Happened to Multiple Personality Disorder?
Dissociative Identity Disorder Treatment: Experience Matters
April
March, 17 2011 at 6:45 am
This makes me sad. I am grappling with the shame and humiliation of recognizing that I have this history and now this disorder. It is my greatest fear that others would ridicule and those who experienced similar things would be unhelpful. One more point for hopelessness.
carla
October, 23 2010 at 12:56 pm
Some people seem to ''get it" well enough to be able to understand exactly how to manipulate trauma victims. They understand the things that happened to us caused us to develop DID and even go so far as to study up on how to use this to further their own personal agendas. I think this is what is easy for them to ''get'' and it is a cop out to say that they can't just as easily learn to help as they do to hurt.
castorgirl
October, 22 2010 at 10:46 pm
Why should people get it? I sincerely hope that most people don't experience severe trauma that would enable them to easily get what survivors go through. What I do hope, is that they have an open mind and a willingness to accept me for who I am. It would be a huge step for mankind if we respected each other. But, I fear that is a pipe-dream.
Holly Gray
October, 23 2010 at 8:52 pm
Hi castorgirl,

Thanks for reading and taking the time to comment.

"What I do hope, is that they have an open mind and a willingness to accept me for who I am."

I feel the same way. I don't need most people to "get it." I need my therapist to, and it's nice to read a book or blog now and then from someone else whose experiences and feelings resonate for me. Beyond that, I just need people who support and accept me, whether they get it or not.
carla
October, 20 2010 at 11:46 am
Fostering relationships with people who don't understand. This can be a very difficult thing to do. Unfortunately, I have encountered many people who not only don't understand but actively seek to use my disorder against me. Some have even gone so far as to try and provoke switching in front of other people so as to make me appear as "crazy" as they could. In this particular instance the individual was actually hoping I would be carted off to a mental ward and straightjacketed for the rest of my life. When I tried to explain to her that this would never happen because DID just isn't treated that way and perhaps she should do a little research to try and "understand" the condition, she looked at me is if I were asking her to do something repugnant. She was unfortunately in a position of some power at my last job and would always go out of her way to inform me that "your problem is not this company's problem." How's that for some understanding. Maybe you have been luckier than me but I have found that most people just have no comprehension of horribly traumatic experiences unless they have been thru it themselves. Just a little rant as I am still trying to heal from this experience. Wouldn't it be wonderful if everyone could be as educated about DID as they are depression and bi-polar? And most people can easily identify with some form of anxiety. Not DID though. Heaven forbid we ever get treated with compassion and understanding as opposed to fascination and sometimes even more abuse. Ah well, I can still dream.
Paul
October, 19 2010 at 4:47 am
Thanks Holly. This is my experience in some circles too. I do find it off putting and sad. I will say, though, that my experience is that this is most common among newly diagnosed people and those who don't have an "identity" outside of mental illness. This is why it's always helpful for people to be encouraged to keep their lives going, despite any diagnosis. It's too easy to fall into the trap of being identified as only a mental patient. It's understandable that trauma histories can become competitive. It's natural for people to want to justify their symptoms. Sometimes, I think, it gets out of hand, though. Hope I didn't say too much. I seem to be writing a bit controversially today.
elizabsm
October, 14 2010 at 2:50 pm
I could not agree more. The purpose I think for this support group is to validate one another's
feelings ,knowing this is a place to come and find solace.To find others who can relate to the pain of past traumas. To know what is is like to be a survivor. It is very difficult to find people on the outside who can identify, and it is very common to feel unheard.
Dana
October, 14 2010 at 1:41 pm
Well said Holly! I too find this game played in a lot of trauma support communities. This game is not supportive or beneficial for either party. The person instigating the game is putting themselves into a victim role and leaving themselves open to be re-traumatized. I hope this post reaches into the depths of some of those communities. Your words are so often validating and helpful. I appreciate what you put into this blog.

Dana
Natasha Tracy
October, 14 2010 at 7:58 am
I actually wrote about oneupmanship happening with bipolar disorder. It really is so silly.

- Natasha
Holly Gray
October, 14 2010 at 8:23 am
Ah yes, Natasha, that was an excellent post. I loved that post because 1) it really does, in my opinion, need to be said, and 2) the one-upmanship among trauma survivors, people with DID, Bipolar - any mental illness or disease for that matter - really isn't discussed that often in a direct, honest way. My favorite line from that one is still, "I get it. I'm an overachiever too."

:)
John
October, 14 2010 at 4:46 am
When I did them for three years, they helped. When they provided more issue than help, it was time for the next level of recovery. If anything other participants playing the one-upmanship games gave me a clearer picture of what I didn't want to see in myself occurring.
Holly Gray
October, 14 2010 at 8:18 am
Hi John,

Thanks for reading and taking the time to comment.

When I was diagnosed five years ago, a support community was truly my lifeline. I'm grateful to all those participants who, just by their presence, their willingness to share, and their generous listening, helped me make it through a very confusing and scary time. That community also served as an introduction to the My Trauma Is Worse Than Your Trauma game and since then I've seen it played here and there in many abuse survivor communities and networks. I understand why it happens. But it feels like a waste of energy to me.

"If anything other participants playing the one-upmanship games gave me a clearer picture of what I didn’t want to see in myself occurring."

Excellent point. These sorts of competitions are good reminders that it's never ok to validate oneself by invalidating others. And that's a reminder all human beings need from time to time.
Holly Gray
October, 19 2010 at 6:13 am
"This is why it's always helpful for people to be encouraged to keep their lives going, despite any diagnosis."

Excellent point. I also think this is why it's important to foster relationships with people who "don't understand." I hear that a lot in survivor circles - that people who don't have DID or aren't abuse survivors don't understand and therefore aren't worth investing in. I would say that's precisely why those people are so important, though. If my only relationships were with people with DID or abuse survivors in general I would live from a pretty narrow perspective. Furthermore, if trauma and dissociation is all I have in common with someone, that's what will get the focus in the relationship. Ultimately I think surrounding oneself with only those who are like us is a mistake no matter what the common denominator is. And with abuse survivors, that's choosing - as I see it - to marinate in trauma, trauma, trauma, pain, grief, anger, trauma. Relationships easily become toxic and competitive.
Holly Gray
October, 21 2010 at 4:30 pm
Hi Carla,

"Maybe you have been luckier than me but I have found that most people just have no comprehension of horribly traumatic experiences unless they have been thru it themselves."

My experience has also been that most people just don't get it - "it" being several things: severe trauma, the aftermath of severe trauma, and Dissociative Identity Disorder. I've received my fair share of nastiness, ridicule and minimization, both in and out of abuse survivor circles. But what I mean when I talk about fostering relationships outside of abuse survivor circles is cultivating connections that don't revolve around trauma and dissociation. Those connections should still be healthy, supportive ones though.

"Wouldn’t it be wonderful if everyone could be as educated about DID as they are depression and bi-polar?"

Yes. Which is kind of a sad goal, when you think about it. Because depression and bipolar aren't well understood by the general public either. Still, it's a place to start.