DID, Identity Alteration, and The Lonely Illusion of Intimacy

Living with Dissociative Identity Disorder is, among other things, lonely. I often feel like I'm watching my life as it's lived by braver or more competent others. A situation presents itself and, without conscious choice, the deck that is my system of alters begins to shuffle. Some force outside my control determines, almost instantaneously, the card best suited for the circumstances; and the card plays until the shuffling begins again. On one hand, this identity alteration is precisely what has allowed me to find employment, make friends, and parent a child. On the other, it's what separates me from the world and makes intimacy an illusion that only rarely becomes my reality. 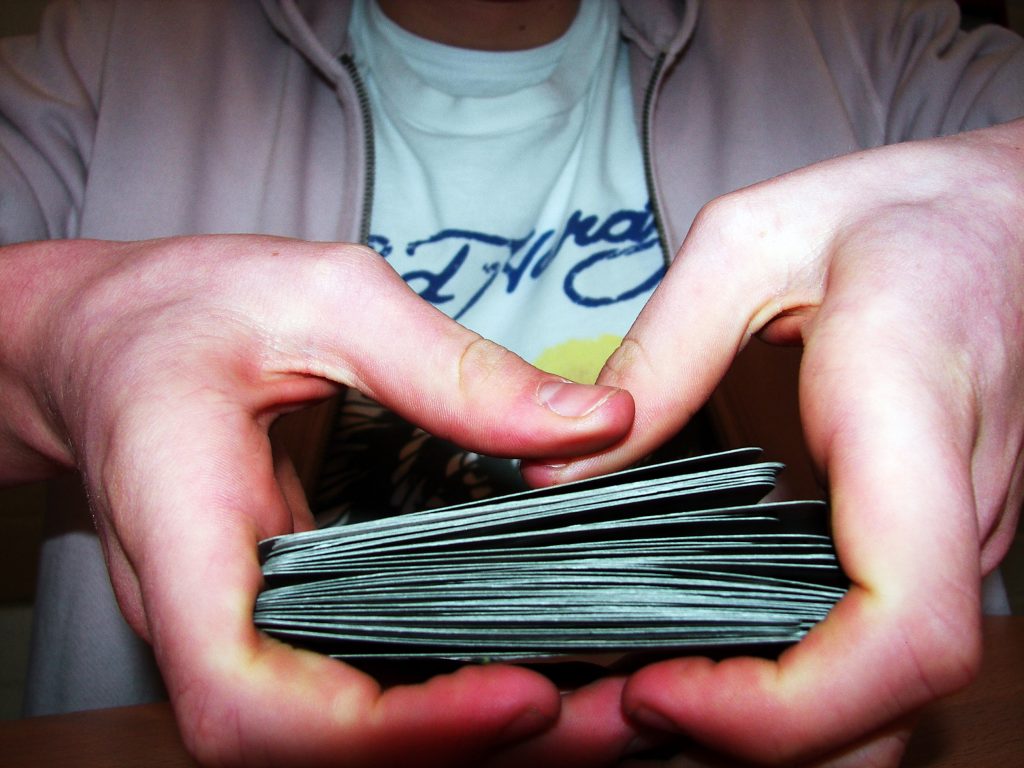 Adults with DID are very skilled at assessing their surroundings and becoming whatever they believe is expected of them, which creates the illusion of being close to others. -Deborah Haddock, The Dissociative Identity Disorder Sourcebook

The ability to produce the identity that best serves the situation at hand truly is a skill, a life-saving one at times. But it's also a crutch that limits the capacity for intimacy. Here are two illustrations of identity alteration in action, one that attests to its value, and one that attests to the lonely illusion it creates:

How are alter identities a blessing? How does having them feel like a curse? Recognizing the paradox of identity alteration helps me understand and live with DID.

APA Reference
Gray, H. (2010, September 2). DID, Identity Alteration, and The Lonely Illusion of Intimacy, HealthyPlace. Retrieved on 2020, April 4 from https://www.healthyplace.com/blogs/dissociativeliving/2010/09/did-identity-alteration-the-lonely-illusion-of-intimacy

One thing that amazes me is how many people think they are close to me! They feel all close and connected to me, yet those same people feel miles away to me... that they don't REALLY know me at all. Unless people know of my DID and have interacted with several alters, I don't feel known by them at all.

So far it seems that God is the only one who can put up with knowing me fully. I'm praying desperately that I could hear Him better all the time (instead of just here and there), so that my lonely gap can be filled. Dear Lord may my hearing be attuned so I can hear and experience You more... so desperate....

I think the truth is that most people don't feel truly known, not just DID people. It might be that we feel it even more so though..... and OUCH!! It just really hurts right now.... thanks for letting me share. And it helps to just read what others wrote too - helps me feel less alone. Thank-you.
Holly Gray
July, 20 2011 at 7:36 am
I can totally relate to this, chariots:

"One thing that amazes me is how many people think they are close to me! They feel all close and connected to me, yet those same people feel miles away to me… that they don’t REALLY know me at all."

And yes, I think to some extent that's just part of the human condition. But Dissociative Identity Disorder certainly exacerbates feeling unknown.

I hope the loneliness is easing for you. Like you, I find it helpful to hear from people who understand. By sharing, you're helping others feel less alone too. :)
Jan Veal
March, 7 2011 at 10:01 pm
Hi iwas diagnosed 18yrs ago with DID, and yes intimacy is hard,as I have a couple of altars who dont like men and one that is bi sexual so it can be very complicated Under duress or too much stress my stystem splinters,even though I have built up strong coping skills over the years
Holly Gray
March, 10 2011 at 3:45 pm
Hi Jan,

Sexual identity can be a troublesome spot for people with Dissociative Identity Disorder. My experience is also that it can be very complicated, as you mention. It's a challenging disorder to live with, that's for sure.
Mark
September, 5 2010 at 2:30 pm
Intimacy is often so complicated and riddled with self doubt that anxiety runs at a constantly higher level. God bless the confident ones.
Holly Gray
September, 8 2010 at 2:46 pm
Hi Mark,

I suppose confidence probably does help foster intimacy. But even the healthiest self-esteem cannot overcome the loneliness of knowing that no one really knows you. It's one of the more painful realities of Dissociative Identity Disorder. Even so, like you said, intimacy is complicated DID or not. It's helpful to remember that. Thanks for the reminder.
Dana
September, 2 2010 at 9:12 am
Holly- I really feel the need to point out that as one learns to share information between parts and even share awareness with one another that changes to some degree or another. Like right now I am actively writing this later on if there is a reference made to it, whomever is forward may not remember writing it but they will most likely remember that it was written and what is says. That is commonly the way things work for the more "fronting" part of my system.
I can still understand that the lack of total awareness does leave things in a lonely sort of space. For me, one of the most lonely things is feeling like nobody really knows me. They know bits of me in specific circumstances and even then often that doesn't feel like me but more like an us that I am not sure the other party would understand at all.
It is complicated and as you stated a blessing and a curse, swirled together to make what we call survival.
Holly Gray
September, 2 2010 at 11:01 am
Dana -

"They know bits of me in specific circumstances and even then often that doesn’t feel like me but more like an us that I am not sure the other party would understand at all."

Yes! That's an excellent way of putting it.

It makes sense to me that increased awareness and communication might alleviate some of that loneliness and help make identity alteration feel less like a barrier to intimacy. I know that those moments when I'm able to communicate directly with parts of my system, I feel more whole. I can see how, over time and with practice, that might translate into feeling more whole in my relationships as well. I hope so.

Thanks for reading and taking the time to comment, Dana. I appreciate hearing others' experiences. You've given me a lot to think about.